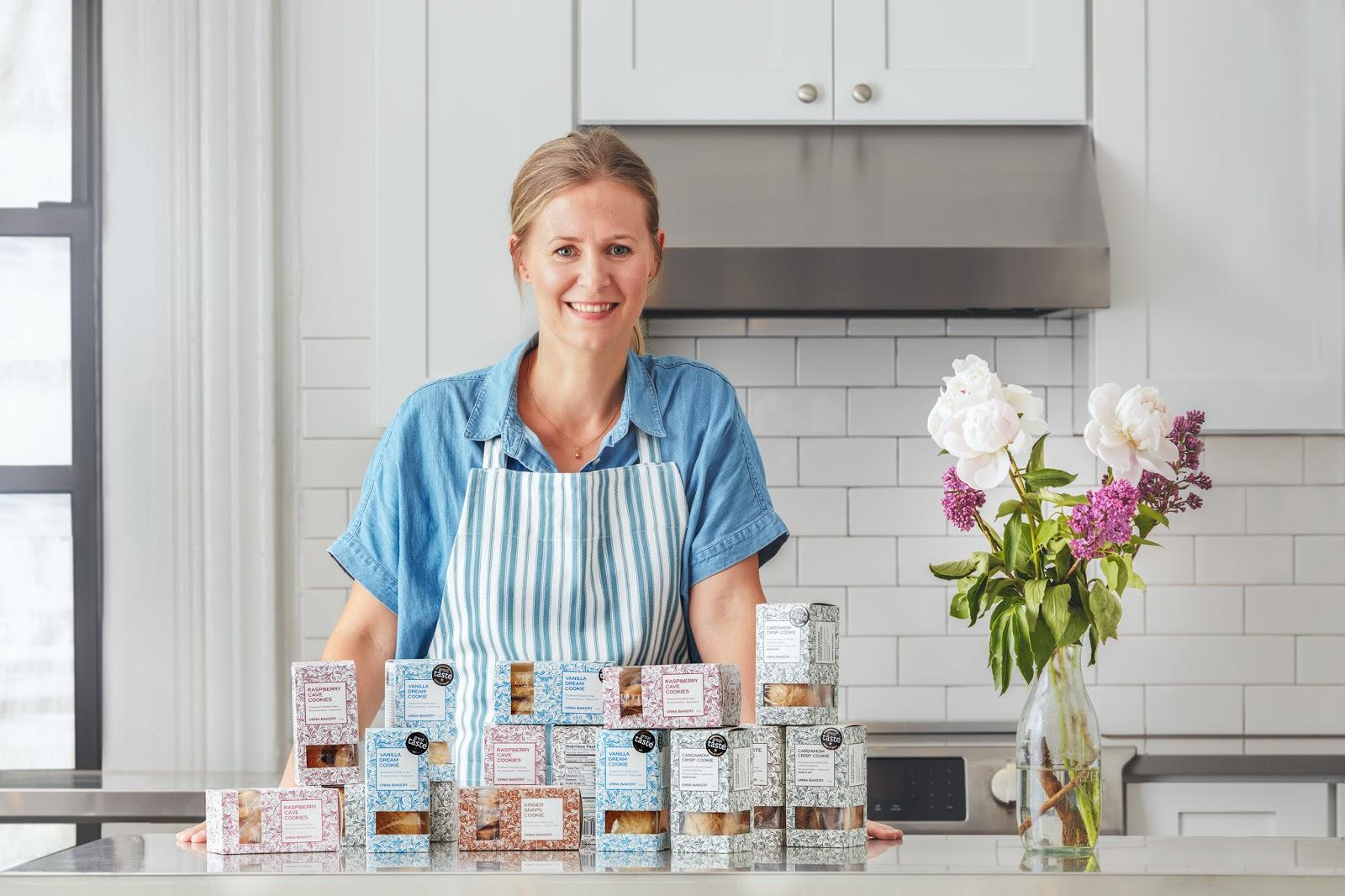 In our brand spotlight, we feature Abound brands who are ready for retail. This week we sat down with Ulrika Pettersson, the founder of Unna Bakery. Unna Bakery sells traditional Swedish butter cookies, is based in NYC, and has been in business for five years. Shop butter cookies here.

Ulrika: I was always baking with my family back in Sweden and it’s something I love to do. After working as a graphic designer for 15 years, it was time for something new and I saw an opportunity to share the cookies with US consumers.

Abound: How did you make your first prototype? What changes have you made to your product since then?

Ulrika: When I moved here 9 years ago, I was homesick now and then. To feel closer to my family and the flavors of Sweden, I did a lot of baking. My neighbors and friends tried my cookies and I chose the most popular flavors. They ended up being a great mix of classic Swedish flavors.

Abound: How do you make your product? Yourself? A manufacturer? What’s your process like?

Ulrika: I started off by myself from a shared kitchen in Harlem in 2015. Since then, we have grown and I now have a local manufacturer producing my cookies.

Abound: What’s your day to day like? Do you have any favorite parts?

Ulrika: My favorite part is that I get to do so many different things it never gets boring.

Abound: What was your initial investment? How did you get the money?

Abound: Where was the first place you started selling your product?

Abound: Where do you sell your product now?

Ulrika: Now I sell in around 500 retailers such as The Fresh Market, Whole Foods, and Central Market.

Abound: Where would you love to sell your products in the future?

Ulrika: We are slowly expanding from the NE area and becoming a national brand.

Ulrika: I have a different favorite everyday, we have seven different flavors. My grandmother’s favorite was the Brown Butter and it always works!

Abound: What’s your marketing like? Is social media an important part of your business? If so, how?

Ulrika: I do social media combined with demos. I think it’s so important that people get to try the cookies. After they do, they usually come back for more.

Abound: What are some of the most frustrating challenges and/or moments you’ve had with Unna Bakery?

Abound: What are some of your greatest achievements and victories you’ve had with Unna Bakery?

Ulrika: We won three one-star awards in Great Taste, the “Oscars” of the food world. We were on QVC three times as well as in 2019 with increasing sales every time.

Abound: What advice do you have for people who want to sell a product?

Ulrika: It’s a roller coaster, be persistent and surround yourself with great people.

Ulrika: That you can’t do it all. Bring in help in the areas you are lacking.

Ulrika: I love that I can follow my heart and most of the time it works 😉