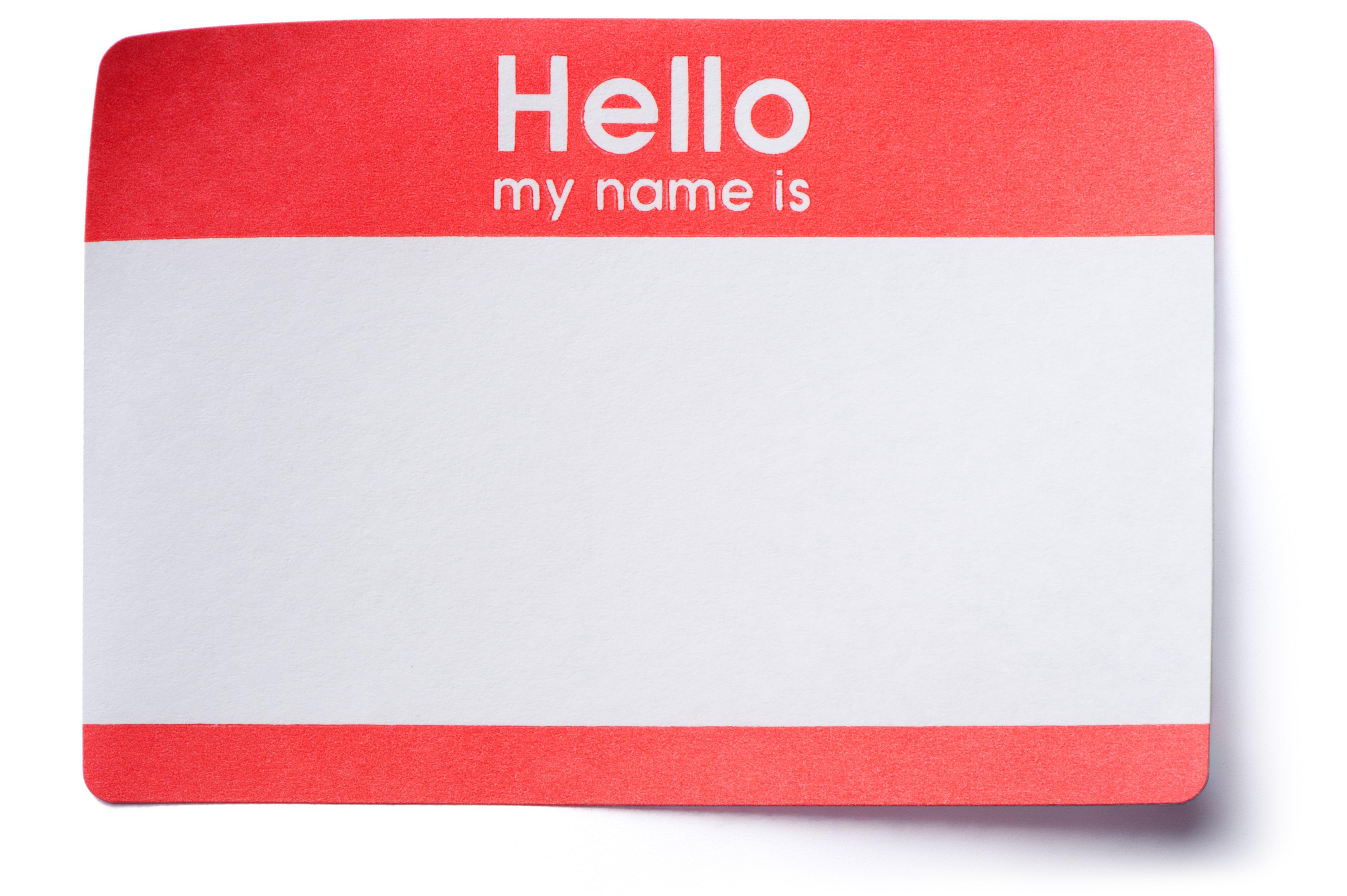 Deciding what to name your business is one of the first daunting tasks a new business owner must decide. Deciding your name has so many implications and happens when your business is in the ‘brand new idea’ stage. Wrapped up in this decision is so much hope and fear, plus it can’t be undone, at least without significant hassle.

It’s hard to tell how important your name is. Like this article says, Marion Morrison was smart to change his name to John Wayne, and alliterative things like Coca-Cola always have a certain ring to them. On the other hand, it’s not like the name General Motors is particularly inspiring, and Steve Jobs was warned that the iPad sounded like a feminine hygiene product, but those names didn’t hinder their businesses at all.

I’ve named a few businesses before, and the main lesson I’ve learned is that what to name your business is a careful balancing act. The name is important, but not important enough to obsess over and delay opening your business. Some practical measures like being able to get the right domain are important, but it’s also important to feel like you have some emotional attachment to the name you choose.

As part of my work with Abound, I’ll be starting an ecommerce site using Abound products, and funding the business with my own money. I made a list of all the things I have to do to start the business, and picking the name was right at the top of the list. I broke down the decision process into a few different steps, and used a combination of logic and emotions to guide my decisions.

Before you can get your creative juices flowing, there are a few non-negotiables that your name has to have. Here are the ones I’ve learned from experience, and that are important to this particular ecommerce business:

Things I Knew The Eventual Name Must Have:

Don’t overload yourself with too many non-negotiables, if you give yourself a long list, you won’t be able to keep all of them.

In general, as you’re starting your business, never forget to do competition research. I’ve shopped at a ton of online boutiques and ecommerce stores, but I’ve never started one before. I wanted to make sure that I was aware of any trends and patterns with naming these types of stores.

You should never skip competition research. Remember, once you know what the most common techniques are, you can choose to join in or to be different and stand out from the pack. To do this competition research, I just looked up lists of ecommerce sites and read through a bunch to get an idea of what people like to name their stores.

Now we’re ready for actual name generation. Blue sky brainstorming just means there are no limits, at this point in the game nothing would get you laughed out of the room. It’s important to create a judgement free space without thinking of practicalities, so that you don’t accidentally crush any ideas that might lead you to the best ideas, even if the first version isn’t perfect.

In my blue sky brainstorming session, I kept my non-negotiables and my competition research in the back of my head, but I wasn’t focused on them too much.

I thought of general keywords that I liked, as well as full names. Here’s what I came up with:

Step 4: The Narrow Down Process

After I spent a couple of hours creating this list, I felt like I had several ‘good enough’ options and I was ready to start the whittling down process. For one of my previous businesses, I spent over three weeks on this process of picking out names, and although the ultimate name was cool (Indigo Wave), ultimately I felt like I had delayed the start of my business more than I wanted to.

I also realized that no matter what you name a business, after a few days it starts to blend into the background of your thoughts, and whether the name is good or bad stops being important. So many other things are involved with starting a business and keeping it successful that the name eventually becomes a complete afterthought.

I made all my whittling down decisions based off gut instinct, and here’s where it got me:

As you can see, I was pretty into the concept of canyons and cottages. You don’t want to whittle down too far, because the next step is checking domain and social media handle availabilities. Nothing sucks worse than being in love with a name only to discover someone else was in love with it 20 years ago and has a thriving business with the name you wanted.

I did some research here’s what I found:

Now that I had my top 3 possible names (Ventura Canyon Cottage, The Snarky Raven, The Little Canyon Cottage), I decided to get some outside opinions.

Here are the groups that I polled, in order, and their opinions:

Late 20s Gamer Guys: Not my target audience AT ALL, but they were the only group available to me at 1am when I finished my brainstorming. My roommate was playing online with his friends, and I had him read the names to the group. They all liked The Snarky Raven the best.

After this I was feeling pretty good. To be honest, The Snarky Raven was the name that I liked the best, but I just liked the sound of it. I didn’t think it was the most relevant to a high quality home goods ecommerce site.

30s Advertising Guys: I have two friends who work in advertising, so I asked them the next day. They both agreed The Little Canyon Cottage was the best, and said I should drop ‘The’ and possibly ‘Little’. I was pretty confused after this, I wasn’t sure if their guesses about my target market were right, since they weren’t in the demographic themselves.

At this point I was really confused, but I also felt good that I had generated three names that all got to the top in at least one group of people. Viewing this split as glass half full, at least this meant that all three names were pretty close, so none could be too terrible.

My Personal Facebook Page: I dropped the three names on my Facebook page and asked for comments. This was probably the closest to my target market so far, since most of the responses were from 20s-40s women who have similar personalities and values to me. This was a big turning point because every single person voted for The Snarky Raven. They even started making fun of me for even considering the other two names.

This was nice and clarifying, but I knew it wasn’t the best data. My friends all know me, and they know I would like The Snarky Raven the best. However, they weren’t able to answer if that was the name that would appeal most to my customers.

A Huge Female Entrepreneur Facebook Group: The Women Helping Women Entrepreneurs Facebook group is a behemoth, if you’re a female entrepreneur and you’re not in it, you should join today. It’s over 100,000 people, and some of the most popular content is people asking for advice on narrowing down business names, logos, etc.

I was completely set on choosing The Snarky Raven, until the results came in and The Little Canyon Cottage won by a landslide. This group is by far the closest to my target market, it’s women of all ages, across the country, who are interested in supporting small businesses.

The whole process had only taken 24 hours, but I felt like I was ready to make a decision. Ventura Canyon Cottage was off the table, it was all down to The Snarky Raven and The Little Canyon Cottage.

One of the most important things to do while working through these steps is to track your own emotions through the process. If I was honest with myself, I was happy each time The Snarky Raven got a vote, and disappointed each time the others got a vote. If I hadn’t asked all those people, I wouldn’t have known that I so strongly preferred that name over the others.

On the other hand, I’m making this business to make money. It felt really scary to choose a name that the most relevant people (my advertising friends and my target market) had so strongly preferred. I trusted them, plus The Snarky Raven has a slightly dark, mischievous, witchcraft vibe, and that’s not really the idea for my store.

On the other, other hand, I knew this business was going to be a lot of work. It’s scary to risk your own money on something that could fail, and I need to be as motivated as possible through each step of the way. If I picked a name I didn’t feel as strongly about, I knew I wouldn’t push through quite as hard during the tough times.

At the end of the day, I can’t create a business that I don’t feel connected to personally. And The Little Canyon Cottage was just too safe, too perfect. Although a lot of people preferred it, I think the most striking comment I heard about it was from my gamer roommate. He said it sounded like the right choice, but that it didn’t stand for anything. It didn’t have any independent meaning. The Snarky Raven, on the other hand, instantly conjures a strong voice and feeling. It might not be what people envision when they think of an ecommerce store, but I don’t think it’ll be enough to turn people off.

So, which name did I pick? If you haven’t already guessed, check it out. But don’t judge me too harshly, it’s a work in progress!

0 comments on “What To Name Your Business”