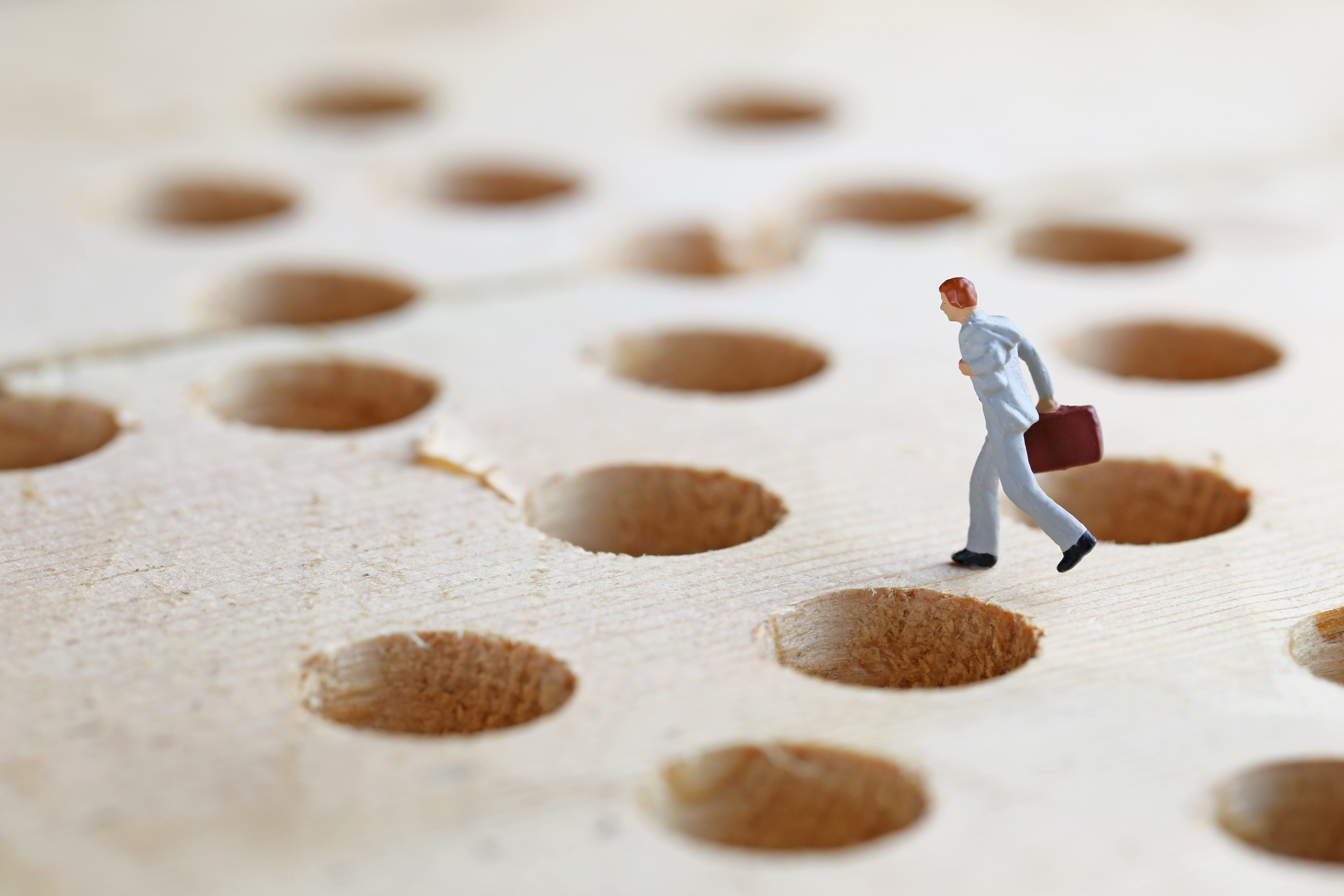 Richard Eib is the owner and founder of Monroe & Kent Home, which has two locations in the South Jersey/Philadelphia area and Chicago, with a third store under contract in Central Jersey. He runs the stores with his husband James Eib and they stock high end and unique furniture and home goods. We sat down with Richard to ask him what lessons, philosophies, and retail pitfalls he’s learned about over his 25 year career in retail.

Abound: What are the most common mistakes and pitfalls of opening a retail location?

Richard: One of the most common retail pitfalls is buying too much inventory. It’s very common to over anticipate and overbuy, although underbuying is bad also. It’s a very delicate balance to get right.

I can give you a very clear example that wasn’t funny to me at the time, but is funny to me now.

In the 90’s, I was a buyer for the electrical category in a UK retailer that was like Best Buy. And one year we had a really, really hot summer in England. So to prepare for the next summer, I bought the equivalent of three and a half million dollars in electric fans. Of course the next summer wasn’t nearly as hot, and those fans sat in a warehouse for a year and a half. Eventually they got sold off at a greatly reduced price.

A second common retail pitfall is placing an advertisement and thinking that’s going to bring people in. It doesn’t work like that, adverts are for brand awareness. They don’t have a call to action for people and make them do something. So networking I’d say is critical.

I don’t mean join the local chamber of commerce or things like that. I mean finding local Facebook groups and creating a dialogue. When we were thinking about opening a new location, we asked people for feedback on what they thought the area needed. If you’re starting a dialogue and not pushing something on them, it gets their attention and the community feels involved in the process. That’s how people come through our door.

Another retail pitfall is not locking down a store identity when you’re buying. Something that happens with inexperienced brands is that they try to increase sales by going off-brand. They may find cheap or discounted products in a category they’ve never sold before and think that will increase their business. They buy a ton of merchandise, but they don’t know what they’re doing with it. And when there’s no real purpose, customers will come in and ask themselves why this clothing company is now selling rugs. Where is the purpose?

Yet another retail pitfall is not having enough capital. You don’t need to have a ton of money, but because credit is so easily available now, I think people tend to feel like they can fill their store with stuff and customers will come on their own. Then they realize they’ve got all these bills and they can’t pay them. Or they aren’t able to pay themselves a salary.

Retail is very difficult and it takes perseverance. People should not get dissuaded every time they’re knocked back. What I mean by that is, you can make some bad buying decisions that customers don’t resonate with. But it’s how you choose to turn that negative experience into something positive, recover from it, and actually give people what they want.

And the way you do that is by asking people what you can give them that they’re looking for, that no one else has. And that really is where sites like Abound can be very useful. You just go onto the website and search for it.

Abound: What’s the hardest thing and what’s the most rewarding part of your job?

Richard: The most rewarding part is knowing that you haven’t just lost your business by buying a ton of stuff that isn’t working. It’s very rewarding to see buying decisions received positively. It’s great seeing them being well received by customers who are coming into the store. Nothing’s worse than having someone come into the store, walk the entire space, and leave uninterested.

You can usually identify someone who is a passive shopper. They’re not really coming in for any purpose other than to just do a little walk around, and that’s fine. But if someone you know is coming in for a reason, and they do a lap of your store then leave without buying anything, that’s the worst.

The state of Illinois gives you a one and done site. You can go and get set up for taxes, etc. and it’s all managed through one site.

I spent eight hours last week trying to get all the stuff for our store that has been open for a month in the state of New Jersey. I’ve been going around and around circles on the state website. Their help topics and “customer service” are horrible and I’m like, am I stupid here?

So the regulatory compliance of running a store is the worst part of doing this.

Abound: What products do your stores stock besides furniture?

Richard: We also supply items in the home decor, lighting, rugs, gifting, stationery, jewelry, women, and children categories. So within our space, we have a broad range of products that speak to our slogan – “Where Home Happens.”

Abound: What do you look for in a product when you’re stocking your stores?

Richard: For me, a brand has to have a good story. Now, I don’t mean something super creative or a sob story. One of the brands we have is a family of three brothers who created a brand called Tree Juice. But there’s a great backstory about how that brand came to be.

We have another company called Tiny Human Supply Company that does all this great organic baby care and lotions. They got my attention because with every product that’s sold, they actually donate a meal to a child in need. So those kinds of stories that have some kind of social cause behind them really get my attention.

I also love unique and handmade products and brands that perform well on Etsy. What attracted us to sites like yours is that I don’t have to go to all the market shows that happen every single year. There are 30 or 40 of them so it’s a big obligation. What’s even better is that since not everybody can afford to exhibit, wholesale sites let me find brands I’ve never heard of before.

A lot of brands seem to do it as a side gig as well. They have their full time job as an accountant or a lawyer. But then they’re passionate about ceramics or beauty or jewelry. They’re slowly building these great quality brands on the side that really resonate with our customers.

Abound: So when you’re picking out stuff to buy, you’re willing to do a test run if you think people might connect. You’re not necessarily just trying to pick out things you’re sure will be popular.

If the design is not on point it’s not going to work for me and my customers. It can’t look like it was made in the kitchen and the label was slapped on. Our stores are in very high affluent areas. For our customer, there’s no issue, you know, spending $40 on maple syrup.

So my priorities are the backstory of the brand, their social purpose, and the quality, which I check by looking at reviews. When I research brands that you guys carry, I’ll go do some third party searching to see what the reviews are like.

But I also distill that, and don’t take all reviews seriously. I know that we live in an economy where people just want to get revenge half the time. So I’ll take it with a pinch of salt, when I see negative reviews. If there’s a bunch of bad reviews, it’s probably a brand we’re not going to touch.

Abound: How do you get customers into your store?

Richard: A few different ways. Very importantly, we do a lot of experiential events. We want to make people feel and see that we are involved in the community. We don’t want to be this thing that just sucks people in, asks for money, and never gives anything back.

We use Square as our point of sale. This is the first time that I’ve really used them instead of a traditional bank card/merchant processor. But what’s great about that application is that you can actually see your repeat customers. You can search by the card they’re using and enroll them in an in-store loyalty program that rewards them for frequent visits and purchases.

Our customers are also leveraging their Facebook groups and their social circles. We are not spending anywhere near what we should be on advertising because we’re getting a lot of word of mouth business.

Another very important retail pitfall to avoid is to be prepared once customers come in. If you come into our store, we know everything about all the lines we have. There are about 300 that we stock, but my husband and my team and I know about all the brands. So you can just casually mention things about the brand story if you see someone checking out a product.

We have a great candle collection in the front of our store. One candle has all these different years on it. So if someone picks it up thinking it has to do with birthdays, we can tell them the real story. That candle actually has to do with important years in the LGBTQ calendar, which I didn’t even know until I bought them. I thought it was a cute brand from an independent interior designer!

1 comment on “The Most Common Retail Pitfalls – With Richard Eib”